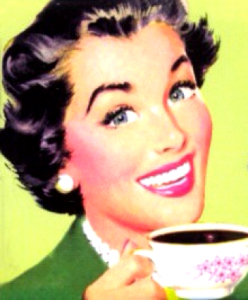 Well, here we are at the end of 2019.  Finally.  It’s been a long haul.  As Charlie Sykes of The Bulwark recently quipped on his podcast, “I don’t know whether to bash my head on the desk or take up day drinking.”  Since neither of those options is particularly salutary I’ve taken to writing as a way to confront the hard reality of our times.

When I began the blog in 2017 my blogging agenda was fairly broad.  I had lots of travel things to share and wanted to get them out for perusal by people interested in those places.  I also considered the blog as a platform for sharing the results of my own research into particular topics of interest to me — some of them philosophical, others political, historical or cultural.

With the end of 2019 has come the end of my global nomad agenda.  I didn’t plan it that way, trust me.  I thought I was good for at least another few years of roaming the world and seeing what there is to see.  But this year things went over the edge.  Too many places in the world have gone up in flames either literally or figuratively.  Political unrest and insanity have erupted across the globe.  Climate change has made some portions of the world unwise destinations.  In other words, the world has shrunk considerably for the global nomad.  After recently finding myself in a Latin American country with mass demonstrations breaking out across the land, I decided I’d had enough.  I changed my return flights and beat a prudent retreat.  After dealing with the slings and arrows international travel has dealt this year I’m done with it as the global nomad I was.  I don’t need any external help to make life difficult, thank you very much.

This change in agenda has made me rethink just what exactly the blog means.  There will still be travel bits to share and posts on music and literature to write since those things will always form important parts of my experience.  I’ve come to think, however, that the personal agenda of mapping my own consciousness should figure into blog post production as a major agenda item.  Up to this point that angle has been a secondary agenda.  It’s time for it to become primary.

I’m doing my best to strategize that change without a sense of defeat creeping into the business.  After hitting my head against the world’s brick wall this year it would be easy to feel defeated by the state of things.  After all, I’m as fit and able to continue nomading as I was on the 1st of January — the world got smaller, not my interest or capacity to engage the world.  So once again I find myself before the necessity of making lemonade out of lemons, when these particular lemons weren’t even in the game plan to begin with.  A part of my life strategy from here forward will be to steer my way around the lemon grove quite entirely.  They’re not good as a steady diet.

As I assess my own state while the world continues its dismal spiral I see that I do have a welcome opportunity to spend time and attention on mapping my own consciousness through writing on things that are of import to me.  In this phase of life, standing aside from the hubbub of the world as is now my daily luxury, I can contemplate and seek to analyze and understand both the external phenomena I observe and the internal awarenesses they trigger.  I can also rifle through my memories for any useful insights they provide into the business to hand.  As I watch those around me caught up in the whirlwind that daily life brings their way it seems to me imperative that I use the distance I have from the necessary and the inexorable to achieve insight into the Big Picture.  I have a tendency to do that in any case.  Finally my life circumstances are harmonious with that stance and contribute to it rather than detract.

At this point I have the idea firmly in mind but don’t see all the details of the implementation.  No matter — I’ll make it up as I go along.  That’s part of the fun of being free-wheeling, cast as I am now upon the slagheap of productive life in which younger people are buried up to their necks.  I have the opportunity to engage my unencumbered capacity into such a project, which will require considerable resources of thought and energy, a point as clear to me as the nose on your face.  So be it.  The processes of consciousness will have me as their willing thrall as I sift and sort and see what comes out the other end of the hopper.  It will be interesting to me and perhaps to a few others with a similar slant of mind.  It certainly won’t get me onto the New York Times bestseller list — but it’s all good, I can do that in my next lifetime LOL.

I can tell already that the mental stance necessary to take on that task has been developing over the past few years.  I find myself thinking within it already as I observe the world around me.  Because of the distance I now have from the center of the maelstrom, because of the freedom from constraint that now forms the hallmark of my daily life, my perspective is freer, more objective, less conditioned by the phenomena observed than would be the case if I were still in the thick of things.  So, while I still have the energy to push the keys on the keyboard, I’ll map my own consciousness of things as they occur to me now.  It’s a worthwhile personal agenda, no doubt about that.  Fingers crossed it dovetails perfectly with blogging.  That’s where the question mark comes in.

Is it something I should foist upon a reading public, however small it may be in number?  And believe me, small is the operative word, I’m quite aware of that.  After considering the public dimension that comes into play by posting such awarenesses as blogposts rather than just keeping them in a journal, I realized that there’s a public agenda to be served, as well.  That agenda is: communication.  Duuh, you may be thinking.  But consider how ruinous the course of public life in the past decade has been for communication.  Consider the quality of the thought and expression foisted upon us at every turn by communication media in our present day.  I find a sense of mission in offering a counterweight — however miniscule it may be — to the torrents of ill-conceived and ill-expressed thought that threatens to overwhelm us all.  I stake out my own stance as a point of clarity and hold myself to absolute standards with regard to conceptual rigor and fidelity of expression.  Such things have become signs of anachronism these days, perhaps, but that doesn’t diminish their value or their applicability to the processes of civilization as we still live it and hope to continue it into the future.

By taking up this task for myself, then, I intend it also to offer to the public sphere a point of poised awareness meant to contribute to shift the balance toward the kind of communication that makes the processes of civilization work properly.  No, it’s not a magic wand that can transform back to health what has become dysfunctional.  That process can only be done at the collective level, not at the level of the individual.  But only through the collectivity of individuals can we arrive that point in the future.  By taking up my individual task I hope to contribute to the collective pressure applied to public life to move it in the direction of restored functionality.

That’s enough of a purpose to engage my energies and convictions.  So here we go where I’ve not gone before, heading into 2020 with a new sense of purpose and engagement.  Onward! 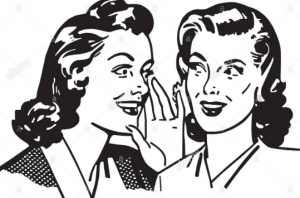