On the Road USA: Pic Post — Out and About in North Carolina Pt. 2 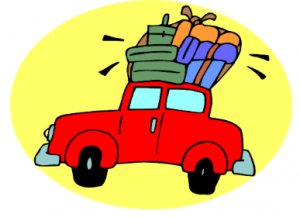 I’ve been out and about enough to have material for a second pic post, so here we go again.  When I got to North Carolina I decided to start east and work west, so my first hangout was Winston-Salem.  Since then I’ve spent time in Lexington (just south of Winston-Salem), Conover/Hickory and Asheville.  They’re all smaller places than Winston-Salem, which is a proper city.  Asheville thinks of itself as a mini-metropolis but that’s bollocks, mate.  It’s clear that many of its streets were once mule paths that subsequently got paved over — when they shoulda oughta have stayed mule paths given the amount of up and down involved.  But let us not cavil …

There’s method to my madness: access to the countryside.  It’s been great to be out in open country within 10 minutes of leaving town.  I have no plans to spend any more time in cities for the remainder of the trip and wish I’d made that the golden rule before I planned the time in the two cities I’ve visited.  But oh well … life goes on and we learn from our mistakes, don’t we.  Of course we do.

It occurred to me as I went through the pics that this batch will probably be the last general pic post for the trip because there’s only so many pics of Nature that I can shove your way before your eyes glaze over and you nod off or head outside for a puff.  So I’ve chosen carefully and will make this my last and best shot at purveying the beauties of North Carolina in its more mountainous regions.  I never tire of wandering about in the woods and looking at the hills, but I’m not looking at somebody else’s vacation pics, am I lol.  So here we go, one more batch and then that’s it, my lips are sealed and the other pics I take in North Carolina are all for my eyes only.

The lake is another reservoir, not a naturally occurring lake.  There are so few natural lakes in the Piedmont of North Carolina I always assume a body of water called the “L” word is the result of a dam rather than an act of God.  Most people don’t care, of course.  They’re just after the sight of water or — even more often — an opportunity to go fishing or boating.  The name “Thom-a-Lex” is a dead giveaway that the lake is not natural since the name is a confabulation made from the names of Lexington and Thomasville, the two towns nearest to the lake.  Apparently it’s a great favorite for bass fishing.  I would no more be able to identify a bass for you than fly to the moon.  I was just after the scenery and a walk in the woods, which turned out to be great.  It’s a lovely spot and the forest is a delight.  I saw a few good ol’ boys out on the water with their fishing poles, but the place was deserted for the most part so I came across very few people as I walked the Nature Trail along the edge of the water.  Without further ado, to the pics:

I wonder who planted the Asiatic lilies in the little bed near the parking area … Obviously somebody had to make a decision about what to plant there and burgundy lilies are hardly a typical offering at a fairly obscure county park, so hats off to whoever it was for a job well done, the lilies are fab.  I had a lovely time at the park and remember the day fondly.  It’s another case of county parks being well up to the job of providing a full equivalent of state or national parks.

This park happens to be on the other side of a dam, so you’re looking at the Catawba River, not at a reservoir.  But the river is a minor element in the park for the likes of me because it consists primarily of acres of woodland with trails crisscrossing it.  PERFECT.  I did hang out by the river, of course, and things are set up so you can spend all your time there if you like, with picnic areas and boat launches and what not, but I was looking for a ramble.  That’s exactly what I got, and a very good one into the bargain.  The upper tableland of the park is devoted to some reforestation project involving loblolly pine (Pinus taeda), which is not native to North Carolina’s Piedmont.  There was an explanatory sign posted at one point but tbh I couldn’t be bothered to read it.  Something had been massively disturbed and some yayhoos decided to use loblolly pine to fill in the empty bit, that’s all I needed to know.  I have nothing against loblolly pines in their proper context, but the tableland of a park in the North Carolina Piedmont doesn’t fit that classification.  Oh well … I just kept walking and soon enough I was in the wonderful hardwood forest of the Piedmont with my full attention on its handsomeness.  To the pics:

With the NC state parks closed and the national parks and forests closed as well, it’s been an act of creativity and resourcefulness to find places to get up close and personal with public lands.  I lucked out with my plan to take a backroad highway through the Pisgah National Forest to get some scenery.  I only had to go a short way out of Brevard, NC to get to Looking Glass Falls, which afforded me a wonderful place to mosey about for a while.  I never went to the falls proper LOL — didn’t need to.  I spent the time enjoying the forest near the turnoff on the road, no need for a ramble to the main attraction.  I’ll save that for a later visit.  As for my wanderings, here’s the evidence:

Rest Areas on US 221 and Interstate 40 near Marion, NC

Between Marion and Asheville there’s a pass at the top of which is the Eastern Continental Divide, also called the Appalachian Divide, which has its own Wikipedia page here.  You have to be paying attention when you go past the sign at the summit because it’s easy to overlook, being the petite thing it is.  My eagle eye spied it and I was duly impressed, but there’s no place to pull over and get a pic so you’ll just have to take this word for it:

There’s plenty of mountain scenery in the vicinity of Asheville, twenty miles to the west, but the main mountain extravaganza is at the pass and the range that runs north and south of it.  The nearest town is Old Fort, NC, right at the base of the pass.  I decided that a trip to Marion, NC to enjoy the scenery along the road would be great because it took me across the pass both going and coming back.  As it turns out there’s a rest area on I-40 very near Marion which I stopped at, being the rest area aficionado I am.  My travels also took me north on US 221 toward Linville Falls and just as you leave town there’s a rest area with visitor center off the highway that drew me in.  I ended up getting a ton of good travel brochures and maps.  So here’s another in my series of shoutouts to rest areas and their many attractions.  We’re a lucky lot to have them available as part of the travel infrastructure in this country.  To the pics: